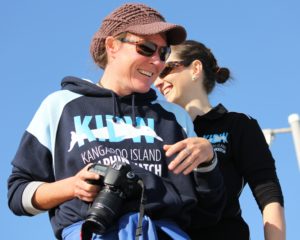 One of Kangaroo Island / Victor Harbor Dolphin Watch’s long serving core volunteers has been rewarded recently in an amazing way. Roanna Horbelt from Stokes Bay has been invited to join an expedition to research and film Humpback whales in Tonga by Scott Portelli, one of the world’s leading marine and wildlife photographers.

Roanna will travel to Tonga at the end of June to join Scott and a film crew from the Discovery Channel for what promises to be the experience of a lifetime.

Roanna, a highly skilled linguist who works as a tour guide / interpreter has also an established reputation for her work in wildlife rescue. She is obviously delighted at having the opportunity to work with the majestic Humpbacks as part of a highly professional dedicated team.

We are all thrilled with Roanna being afforded this magnificent opportunity. It is due recognition for Ro’s sterling efforts in dolphin research, as part of Dolphin Watch’s work over 11 years  and demonstrates the respect in which this project is held internationally. It’s good to know a small local entity which began on Kangaroo Island back in 2005 can lead to such a brilliant outcome for one of our volunteers.

Thankyou Scott and all the best Ro! 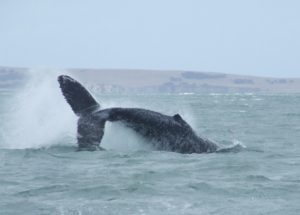